The Female Academic Leaders Fellowship NPC (FALF) was founded by Dr Judy Dlamini, the University of Witwatersrand (Wits) Chancellor, in 2020.

FALF seeks to develop a pipeline of South African, African and Africans of mixed ancestry female academic leaders in tertiary institutions (Chancellor’s Fellows). This initiative was informed by the slow racial and gender transformation at leadership level in tertiary institutions nationally, especially when it comes to black females. Out of the 26 Vice Chancellors, only 4 are women; out of 30 Deputy Vice Chancellors, only 12 are women; less than 5% of Professors are black females (MTT Report 2020). FALF’s objectives are the transformation of academic leadership, the contributors to the body of knowledge and the creation of role models and mentors, starting with the University of the Witwatersrand.

The initiative adds to an existing University Transformation Plan that has been in place for more than ten years at Wits. FALF intends to create a cohort of no less than 100 (One Hundred) Chancellor’s Fellows in the first five years.

The Founding Board of Directors 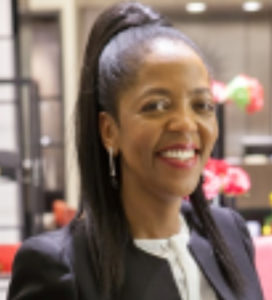 Dr Judy Dlamini, a medical & academic doctor, business woman, author, and philanthropist; has worked in different sectors of the economy. She is the Founder and Executive Chairman of Mbekani Group that celebrated 20 years in business in 2016,  Wits University Chancellor, co-founder, sponsor and trustee of Mkhiwa Trust, her family’s PBO used for social upliftment, focusing in rural development, health and education; and founder and Chairman of Female Academic Leaders Fellowship NPC, a PBO for developing a pipeline of black women leaders in academia.

She chairs the board of Wits Donald Gordon Medical Centre, GBVF Response Fund and is a director of SA SME Fund.

Her Doctoral thesis investigated the intersection of race, gender and social class in women CEOs’ career progression and strategies for gender transformation at leadership level.

She is the former Chairman of Aspen Pharmacare Limited, former board member of Anglo American plc, Discovery Holdings Ltd, Woolworths Holdings Ltd, and Northam Platinum. She is a published author of ‘’Equal but Different”, “The Other Story” and  “Grow to be Great”. The latter has been translated to Zulu and Tshivenda.

Dr Dlamini obtained her MBChB from UKZN, Diploma in Occupational Health from UFS, and MBA from Wits University, DBL from UNISA and a Certificate in Entrepreneurship & Innovation from Stanford University, 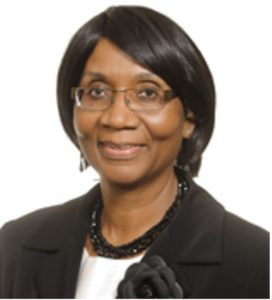 2017 winner of the Lifetime Leadership Achievement Award from The International Leadership Association, is a Professor in the Department of Human Resource Management at the University of Pretoria and the President of the Africa Academy of Management (AFAM). Through her work in AFAM, Nkomo has, quite literally, put African leadership and management practices on the map. Recognizing that Africa’s growing economies and emerging markets were hotbeds of innovative leadership practices in dynamic, turbulent environments, Nkomo knew the time was ripe for a community of African management scholars to emerge and support research into, documentation of, and dissemination of these practices. A thriving community, since 2010 AFAM has established a leadership journal published by Taylor & Francis and organized conferences across the continent.

An NRF A-rated scholar, Professor Stella Nkomo is a thought leader in the areas of race, gender, power and inequality. She obtained her BS degree in business education from Bryant College in Rhode Island in 1973 and obtained an MBA from the University of Rhode Island, before completing her PhD in Human Resource Management at the University of Massachusetts, Amherst.

She has held teaching positions at universities in North Carolina, Rhode Island, and South Africa, was Deputy Dean for Research and Postgraduate Studies, and currently holds a special appointment as a Professor in the Department of Human Resource Management at the University of Pretoria. She published 17 articles in top journals as well as 11 book chapters in the last eight years and served as Associate Editor for the British Journal of Management and Organisation. Nkomo is a noted scholar and consultant in the areas of leadership and change, diversified workforces, and women and leadership.

She is the author of several books and numerous refereed articles including the acclaimed Our Separate Ways: Black and White Women and the Struggle for Professional Identity and Courageous Conversations: A Collection of Interviews and Reflections on Responsible Leadership by South African Captains of Industry.

In 2016 Nkomo was named a Continental Lifetime Achiever from CEO Global’s Africa’s Most Influential Women in Business and Government Awards for her career contributions to leadership, higher education in South Africa, and her work developing young African academics. 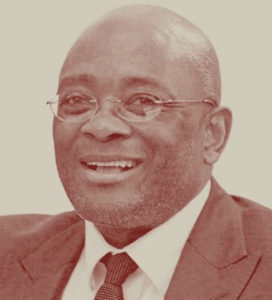 Professor Loyiso Nongxa retired as Professor of Mathematics at the University of the Witwatersrand in December 2018 having spent 18 years at the university as a member of the Senior Executive Team – as Deputy Vice-Chancellor for Research (2000 to 2002), Vice-Chancellor and Principal (2003 to 2013) and Founding Director of the Centre for Mathematical and Computational Sciences (2014 to 2018). An NRF-rated mathematician, his special research interests lie in Abelian Group Theory, representations of partially ordered sets and the foundations of Data Science.

Over the past few years, he has been instrumental in the efforts to establish a National Graduate Academy for Mathematical and Statistical Sciences, a consortium of local universities focusing on the development of the next generation of mathematicians and statisticians in South Africa.

He is a fellow of the Royal Society of South Africa, member of the Academy of Science of South Africa and one of two Vice-Presidents of the International Mathematical Union (IMU, 2019 to 2022). Professor Nongxa served as the Chairperson of the National Research Foundation from 2014 to 2018 and in April 2019 was appointed by the Minister of Higher Education and Training as Administrator of the University of Fort Hare. 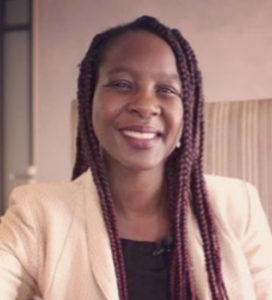 She was awarded the prestigious Discovery MGH fellowship in 2018, and did postdoctoral research at the Harvard Medical School and Massachusetts General Hospital in the United States. Maswime has worked in various hospitals in South Africa, including Chris Hani Baragwanath Academic Hospital and currently Groote Schuur Hospital. She is currently a Next Einstein fellow and a World Economic Forum Young Scientist. 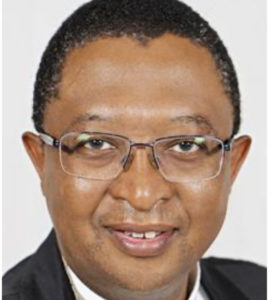 Former CEO of The National Research Foundation of South Africa (NRF), is a seasoned executive leader with extensive policy and administration experience that has seen him head up the development of a significant number of policy and strategy documents, which have shaped the nature and operations of South African universities as well as the education system in general.

He has exceptional knowledge of the South African Higher Education System and the National System of Innovation, and has established well-seeded international relationships and networks with funders and government entities over the years.

This initiative was informed by the slow racial and gender transformation at leadership level in tertiary institutions nationally, especially when it comes to black females.